Yep, posting Saturday instead of Tuesday. Couldn’t help it, it is in the title. 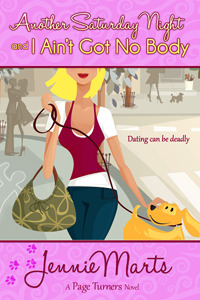 Sunny is a second grade teacher and is involved in a book club full of her eclectic friends. There is Maggie, a lawyer, recently divorced, and mother of two teenage boys; Cassie, mom of two, married since college, PTA perfection; Edna, a elderly, loud talking, in search of a good time, and crime show addict; and Paige, teenage niece of Cassie who is dealing with the rejection of her mother and hides her feelings under a goth appearance. 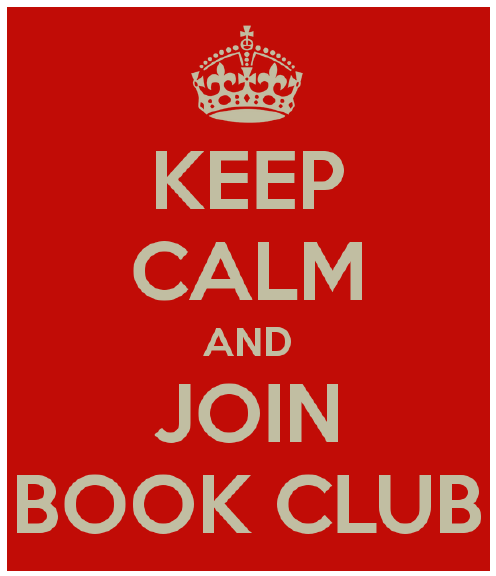 They meet every Wednesday for good food, gabbing, movies, and a bit of discussion on whatever book they read.

Lately the book club has two missions they have thrown themselves into:

One, Sunny and Edna’s neighbor hasn’t been seen in quite some time but a young man has come and set up in the homestead. Edna is convinced he has a gun, is a criminal, and murdered Walter. Sunny thinks he is to die for handsome and wants to spend more time with him. However, as much as Sunny likes him, there is something that rings false about him; and the crew start looking into where Walter is and what Jake is up to.

Second, the Page Turners have decided that it is time Sunny got involved with someone. It has been two years since her last relationship so they decide to set her up for six Saturdays, in the hopes that she finds Mr. Right.

This summer Sunny dates a rich but boring stockbroker; a single dad who can’t take no for an answer; a friendly video gamer; a laid back cowboy; a health foodie fisherman; and a mysterious yet friendly FBI Agent.

While all this is going on, Sunny receives hang up phone calls and has a stalker who wants to take their relationship to the next level.

Will Sunny discover who Jake really is? Will she find the perfect date? Or will none of that matter as she becomes victim to an insane stalker.

I received this book free in return of an honest review.

I thought this mystery was only okay. It had an interesting premise, but the development of the characters were extremely shallow and it felt as if the author was going in different directions. Instead of a concise story it was more of a slapdash of different elements.

We have the possibility of the neighbor being a killer which doesn’t really go anywhere, and his character having no real substance.

The dates set up by the book club friends were just too extreme and overdone in an attempt to get you to laugh (which you don’t). I mean really, what women wearing Jimmy Choos would walk in the grass on her lawn instead of the pathway and accidentally step on dog poo without realizing it?

What WOW date would ever risk bringing someone along on a raid without finding out if she even knew what she was doing? They were just dumb.

How could she fall in horse poop and not tell?

The stalker of Sunny was interesting, but again the reveal wasn’t done well as it felt the author didn’t take time to fully craft it but chose a character to wrap it up. The ending was cheap, boring, and cliché.

They call this “page turners” but the women hardly even read, mostly gossip, eat, and watch movies. Maybe they should have gone with a film name instead of literary as they don’t seem to really enjoy it.

It had some fun parts, but those weren’t enough to rescue this book. Another one I’d pass on by.

For more blind date-themed mysteries, go to Dying for a Date

For more stalking mysteries, go to Candy from a Stranger

For more reviews, go to The Cold Dish