Ready for our final Christmas mystery? 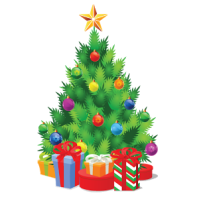 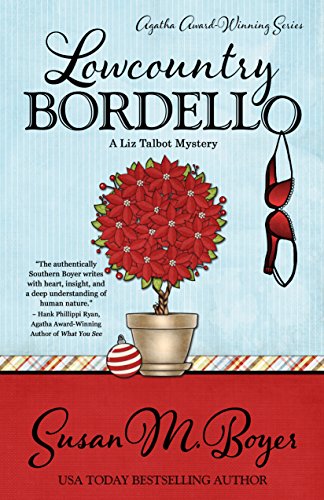 It’s Christmastime in Stella Maris and P.I. Liz Talbot is preparing the last few things she needs to complete for her wedding, only days away. She’s interrupted when her cousin and bridesmaid, Olivia, calls to say that she discovered her husband’s dead body. 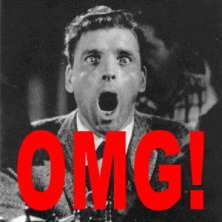 When Liz heads out to Charleston to meet with Olivia they discover the body is “missing” and Olivia’s husband is alive and well. Liz thinks it is all in Olivia’s imagination, that is until a dead body matching the description is found not too far away.

Even though she is swamped with wedding details and the upcoming Christmas holidays, Liz decides to investigate. Things take an even more surprising turn as Liz discovers the house in which Olivia found the dead body is not only Olivia’s aunt’s house but also a bordello.

When it turns out that the person murdered was about to blow the whistle on it, Liz finds the case brimming with suspects; five mistresses, six johns, and an illegitimate relative that’s always wanted his due. To make matters even more difficult, Olivia is arrested for the murder and if Liz doesn’t solve the case before her wedding, she’ll be out one bridesmaid and her best alive friend.

Susan M. Boyer has done it again. I’ve never been a big fan of mysteries in which one of the main characters was a spirit helping aid the detective, nor Southern mysteries; but Boyer’s incredible storytelling and writing is able to push past any reservations I might have. Not only is Boyer’s mystery amazing with its colorful and endearing cast of characters, but also provoking and challenging as we have multiple crimes and multiple suspects; with surprises and twists at every turn of the page.

I thoroughly enjoyed this novel, finding it practically impossible to put down. Even when I wasn’t reading the book, part of my mind continued to contemplate, guess, and wonder what the reveal would be. Boyer has created another masterpiece and I am looking forward to the next one in the series. I give this book a five out of five stars!

For more by Susan M. Boyer, go to Lowcountry Bombshell

For more Christmas mysteries, go to And Only to Deceive

For more private investigators, go to The Key to Midnight

For more female private investigators, go to The Case of the Invisible Dog