So unlike most people who have read this book, I didn’t read this as a child but as an adult. This book was recommended to me on goodreads quite a few times. The first time I saw it I thought it was a book I had read as a child of a girl playing with dolls, and in essence whatever she makes the dolls do, happens in real life. In that book she continues to play rough with her dolls, making them cruel to each other, and in doing so turns the people she loves into monsters.

She eventually realizes this and tries to destroy the dollhouse, being stopped by her mom or aunt (I don’t remember which) who gives it away to her cousin.

This was not that book.

Yes this is a completely different book, as I discovered once I read the synopsis.

So this book was published in the early ’80s and definitely has that nostalgic feel. The girls are out wherever they want and their parents don’t care as long as they are back before dark. They listen to tapes, watch TV from the cable shows and have a sleepover that involves hanging out, telling fortunes, gossiping, etc. No internet, cellphones, snapchat, instagram, etc.

So our main character is 12-year old Amy. Amy lives in a suburb of Chicago, (and no this is not a John Hughes movie), with her parents and her younger, mentally disabled, sister Louann. Amy is stressed and unhappy about always having to take care of Louann. It has destroyed friendships, as some girls feel uncomfortable around Louann or dislike her differences; either way Amy finds herself losing potential friends and just having to spend more time with Louann.

She and her new friend Ellen have to take Louann with them to mall, and it doesn’t turn out well. After Louann runs away, destroys a floral arrangement, and gets the girls yelled at; coupled with Amy’s new friend Ellen canceling their plans (presumably because of Louann), Amy’s had it with her sister.

She needs some freedom from being Louann’s keeper. When she tells her mom this, the two get in a fight and Amy runs away. She runs all the way to the edge of town where her Aunt Clare currently lives.

Aunt Clare is her father’s sister, and was living and working in Chicago. When she was fired from her job, she returned home to clean out her grandparents’ old house to sell it. She listens to Amy’s views and asks her parents if she can stay for a while and keep her company. They agree, but Louann is unhappy to lose Amy.

Amy is estatic to finally have freedom

But discovers something unsettling about the house. It feels as if it has a dark cloud over it.

Amy discovers a beautiful dollhouse in the attic. And when she asks Aunt Clare about it, she gets the family backstory.

When Clare was 15 and Amy’s father was 2, their parents died in a car crash. The two were sent to live with their grandparents, as they had money and lots of room. Amy’s father did all right, but Clare was constantly clashing with the grandparents. She wanted to be treated as an adult, but they wanted her to stay a child. Hence, they gave a fifteen year old a dollhouse. An exquisitely carved dollhouse that is a replica of the house, has miniature everything you could ever hope for, and has four dolls that are beautiful copies of the family members. Even still, it is a dollhouse and for Clare it was uncool. Three years later, the grandparents also died in a car accident, and the two kids were sent to live with an uncle. As soon as Clare graduated, she left for Chicago and hasn’t returned to the house since.

Amy is intrigued and wants to know more, but Clare does not want to discuss the house at all, becoming very upset over the whole thing.

Ellen is soon invited over and loves the dollhouse as much as Amy does. The two play with it for a while, interrupted by Clare’s baking of fudge. They run down to the kitchen, with Amy realizing that she left the house open. Not wanting it to get dusty on the inside, she runs upstairs. When she gets there, she sees something shocking.

The grandma doll isn’t where she left it, but in a entirely different room!

She is called by Ellen and Clare, and shakes off that idea. Dolls moving? Must have been seeing things.

The three of them end up planning a pizza-birthday party for the two girls, as they turn 13 within a week of each other.

After Ellen leaves, Amy asks Clare more questions about the grandparents’ death. Clare however, becomes angry and defensive not answering anything.

This causes Amy to decide to do some digging of her own. She and Ellen head to the library and start looking through old papers to discover what happened to her grandparents. When they are searching they find an article about them being murdered!

Yes Clare lied! They were murdered!

One night, Clare returned home from the movies and discovered the dead bodies of her grandfather and grandmother. Both were shot, the grandfather upstairs in his bedroom, and the grandmother in the parlor. Amy’s father was initially not found, and many believed him to have been kidnapped, until they discovered the five-year-old asleep in the closet. Valuables were stolen, so the cops believed it was a burglary gone wrong. They never caught the killer.

Another interesting tidbit Amy finds, is that Clare’s boyfriend of the time, Tom, was killed that night as well in a car accident.

That night Amy calls Ellen and fills her in. Unfortunately, Clare hears her and becomes very angry, yelling at Amy for her insensitivity. Later Clare yells at Amy again, as she has discovered the dolls in the exact way her family members were on the night of the murder.

She knows she and Ellen put the dolls in the dining room around the table. Besides, she just learned about the murders, there would have been no way she could have made it into the attic and do that. That means… 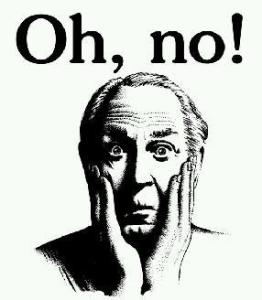 THE DOLLS ARE MOVING BY THEMSELVES!

The only question? Why.

Amy and Clare make up, but Amy is now frightened of the attic and does all she can to stay out.

Amy goes home to get a few things for the party, when it is accidentally is slipped and now Louanne wants to come too. Amy doesn’t want her to come as she wants a day focused on her, and she doesn’t want to worry about anyone. She gets into another fight with her mom.

At Aunt Clare’s, they start getting things ready for the party. Clare sends Amy upstairs to the attic to get some bedding so Ellen can stay over. The light went out so Clare gives Amy a flashlight.

Upstairs, Amy goes to get a blanket when she sees a light coming from the attic and hears something!

The next day is the day of the party. Evey thing seems to be going smoothly, until Amy finds out that her mother had to go out of town and couldn’t find a sitter, so she left Louann at Aunt Clare’s. Amy is furious, as she knows Louann will ruin the party. To her surprise everything turns out perfect. All the girls have fun, they treat Louann like any other normal person; with the party going on for hours. That night the girls go to bed, with Louann and Amy sharing a room.

Amy wakes up at 3 in the morning and discovers Louann missing!

She runs up the attic, as she knows Louann loves the dollhouse. When she gets there she finds Louann, a weird light coming from the dollhouse, and hears someone crying. So does Louann. Amy gets scared and the two go back to their room.

The next day, all three girls go for a hike with Amy telling Ellen everything that happened. She resolves to go up to the attic this very night and watching the whole event, in the hopes that she might discover why this is happening.

This was a very cute and interesting mystery. At first I wasn’t sure as young adult fiction can really be hit or miss.

I loved the character of Amy as I think the author not only accurately portrayed a preteen girl, but a preteen girl having to take care of her disabled sister. It didn’t make Amy seem evil, rude; but just a regular girl trying to figure out her identity and who she is.

The mystery was actually pretty thrilling as the author keeps you guessing until the end. When the true story was revealed about the death of the grandparents, it made me wonder…was Aunt Clare involved with the murder? Was that the real reason she hated the dollhouse? You have to read it to find out.

I highly recommend this book for preteens and even for adults if you are feeling nostalgic.

For more reviews of mystery novels, go to Lane Changes