I swear I have the never ending package of spinach.

Now I like spinach, but ever since I made the Spinach Pasta Salad I haven’t been able to use it fast enough. I don’t want it to go bad, but what else can I make that is different and post-worthy?

So I scoured the internet and found three spinach smoothie recipes. This is the last one.

This comes from Amy’s Healthy Baking 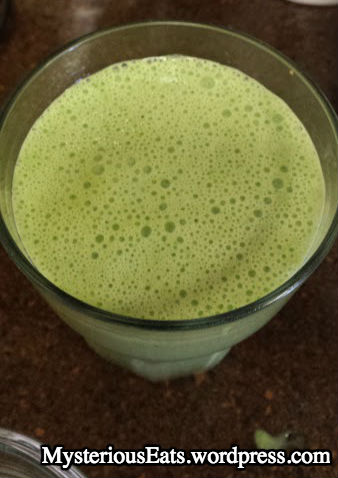 What did I think of this smoothie?

It was so gross! I don’t know if the honeydew wasn’t sweet enough or the combination of the greens with the plain greek yogurt, but it was horrible.

I would not recommend making it or drinking it.