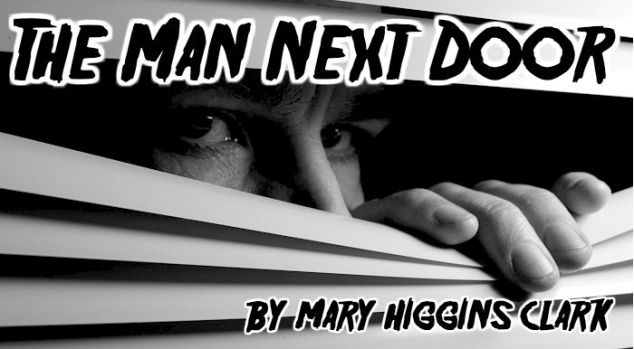 Mr. Mensch just finished with one of his “guests” and is looking for a new “visitor” to join him. Mr. Mensch inherited millions from his penny-pinching, miserly father. He has moved around the country and had many “visitors” stay with him in his basement or secret rooms.

This is not good

He’s been looking at his neighbor Bree Matthews, watching her. He knows that choosing her would be dangerous, police would come-but he can’t get her out of his head. She had been remodeling her townhouse next door and had a leak destroy everything. She came over enraged and yelling that the contractor told her it was his fault-he had a leak pouring onto her roof. Mensch just told her calmly to get another contractor take a look-its not his fault. While he was calm on the inside, a fire was growing inside him. He wanted her.

The next day, Bree came to apologize and admit she was wrong. She had another contractor view and it turns out the original contractor cut a lot of corners. Mensch accepted her apology and couldn’t deny it. She was to be his next visitor.

That night he went to work, cutting out the stone in the basement that connects the two houses, his plan to get in and get Bree.

Bree has been having a bad weekend. She had her beautiful home decorated and destroyed by shoddy work. She is taking the contractor to court, which caused a fight and break up with her boyfriend Kevin Carter, as he felt she should just accept the settlement. She had to spend their planned Friday night alone, leave the office early Saturday because she has a cold, and spent all Sunday in bed miserable. Now she is heading to court and is woken early because of a strange grinding noise from next door. Ugh!

She doesn’t know how much worse her life is about to get as that noise marks Mensch’s entrance. He breaks in, drugs her up-makes it look as if she was abducted on her way home Friday night, and imprisons her in her basement. Will she make it out okay, or face the same fate as his previous’ visitors?

I loved it. It was so engrossing that I read faster and faster until I reached the conclusion. I had to know if she survived or ended up dead in the river.

For more Mary Higgins Clark, go to Let Me Call You Sweetheart

For more from Death Wears a Beauty Mask, go to Voices in the Coalbin

For more short stories, go to A Much Expected Murder

For more books with kidnapping, go to The Secret Adversary

For more serial killers, go to The House on Foster Hill