Dust to Dust (Kovac and Liska Mysteries #2) by Tami Hoag

While I enjoyed the character of Kate in Ashes to Ashes, I thought the dynamic of Officer Kovac and Liska was just dynamite. I think Hoag realized this too, and that’s why she switched to making the rest of the series about them.

And while I did enjoy this book, let me warn you it is not for the faint of heart. It can be graphic at times in descriptions and language. Of course I won’t be in my review, but if you decided to read it afterwards, you were warned. 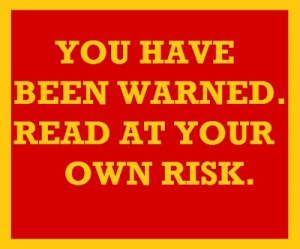 Internal Affairs Minneapolis Officer Andy Fallon was found dead in his home from hanging himself. One word was left on the mirror, Sorry.

Where is the treasure?!

Was it auto-erotic asphyxia  gone wrong?

Or a suicide, sorry, being the note?

As his father is considered a hero, shot and injured in the line of duty; and most knew that Andy was gay; the department heads decide it is better to qualm any gossip by ending the investigation quickly and moving toward a funeral.

However, this doesn’t sit right with Officer Kovac. Even though it isn’t in his jurisdiction, he decides to start looking into the death for Andy’s father, Mike Fallon. Mike was Kovac’s mentor and he feels he owes it to him to discover the truth.

Liska agrees to their “uninvestigating” and as they begin digging, cracks start to form. They uncover multiple suspects, coming from both the police department and internal affairs.

But the department is not pleased with this investigation as they want this whole case to “go away”. With Captain Ace Wyatt leaving Minneapolis for Hollywood, and Mike having been through so much already; everything would be better if it was just left alone.

But that’s not Kovac and Liska’s style, and as they decide to root out the truth, they discover that Andy was looking into the case of when his father was shot.

Could this two month old death have anything to do with what happened over twenty years ago?

Once again Hoag hits it out of the park. She created an interesting and suspenseful story that keeps you on the edge of your seat to discover whodunit.

So we as a reader know from the beginning that Andy was murdered. While some books it can be annoying or feel too drawn out waiting for the other characters to reach this realization, the way Hoag wrote it just intensified the rest of the book as we all eagerly read to discover which of our potential suspects was the killer.

While I figured out most of the resolution, Hoag still had a few twists I didn’t see coming.

For more Kovac and Liska Mysteries, go to Ashes to Ashes

For more retrograde mysteries, go to A Duty to the Dead

For more suicides as a cover for murder, go to Catering to Nobody

For more mystery reviews, go to Murder and the First Lady