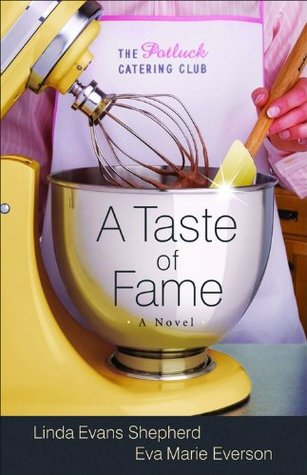 The first book isn’t a mystery but a Christian novel that chronicles the lives of six women who change from a potluck prayer group to a catering group. Each member has different issues in their lives, as they grow in friendship and through trials. I wanted to skip it, but as I can’t completely do that without confusing you, I’ll give you a bite.

The potluck group was started by Evangeline and grew to have five other members; Vonnie, Goldie, Lizzie, Donna, and Lisa Leann. The women go through trials, tribulations, prayer, and delicious food.

So since the hiccups of the first novel, the women have had a successful time with their catering business in their hometown. But things are about to change. 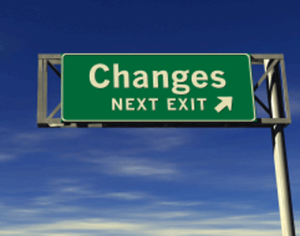 Lisa Leann’s son came to visit, and decided to film them for his media class. It turns out that he also used the footage to enter them in the reality show, The Great Party Showdown.

Even though most don’t want to participate, they signed a contract and have to, besides that the church could really use the money they win.

We are so happy for you

They win their first challenge of catering a special event in the community, creating a 1930s Animal Crackers themed party.

And now the ladies are off to New York. 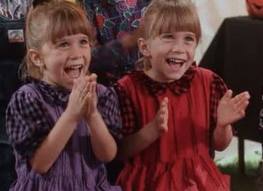 Evangeline has adapted to married life with her long time crush, Sheriff Vernon Vesey. She has even developed a better relationship with her stepdaughter, Donna, who has previously hated her. Her biggest issue, she and Lisa Leann are going into the city to do preliminary research, will she survive spending time with the Texan she can’t stand?

Lisa Leann’s old affair came back to bite her in the last book. She admitted everything to her husband, but while he agreed to work on their marriage; he has been cold and silent. When Lisa Leann has to leave, Henry gives her an ultimatum: stay with him and they will stay together or leave and that will be the end. 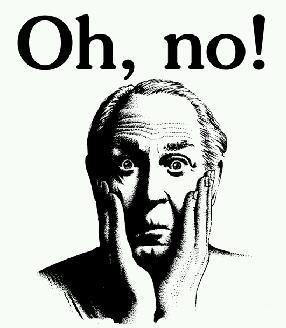 Vonnie is a little unsure about being in the city, but happy that her son David will be joining her. Vonnie was married when she moved to California to a Latina man. He died in Vietnam and Vonnie went into labor. Knocked out by grief and drugs; her mother told her that her son died and Vonnie signed the release papers, unknowingly signing her son’s adoption papers. When David surprised her by knocking on her door and revealing everything, Vonnie felt blessed to have her child back and loves every moment she has with him. 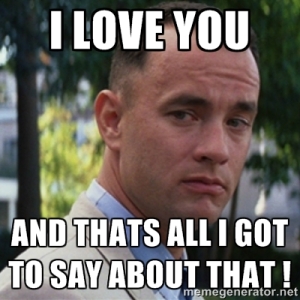 As they prepare for their next challenges, continuing the movie theme they find a few things they did not expect. They are doing very well, but a few things seem to be going wrong. Almost as if someone is sabotaging them. 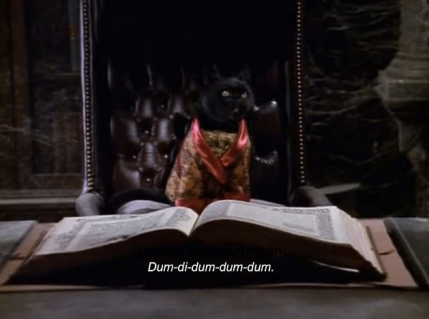 Lizzie is enjoying the break and opportunity to visit New York as she has had a lot on her plate. In the last book she had her mother’s Alzheimer growing worse, her youngest daughter’s wedding to plan, her son and his family moving in with her when he lost his job, and her husband being injured. But when she helps a deaf couple find their lost handbag, she discovers one of the production assistants for the show on a date with a contestant. She reads their lips and sees that the assistant has “everything arranged.” Is the contest rigged from on high? And if so, what can Lizzie do to stop it?

Donna is feeling pressure from all sides. In high school Donna and Wade dated, and she became pregnant. She lost the baby and Wade began drinking. Now 12 years later, Donna is a deputy and Wade is sober and taking care of his nephew Peter, the boy being the same age as their boy would have been. Donna is considering getting back with him, but then there is David who is crazy about her and wants to start a new relationship.

But now there are the paparazzo hounding her, a Cajun cook trying to start a relationship; all the while Donna being on two cases. First looking to see if her tip about Pete’s mom fleeing her abusive husband for New York to be true, and second who the saboteur is.

Goldie and her husband Jack have had a rocky relationship. Jack had been cheating on Goldie since they first got together, due to his compulsion for sex. They’ve been in counseling, and with the help, Jack has been able to master his compulsion. However, Jack’s health has been bothering him, and when he has to have surgery Goldie leaves the competition to fly out to be by his side. Will she make it in time? Will Jack survive?

How will the potluckers be able to win this whole thing down a player and with a saboteur on the loose? Time to pray.

I thought this was pretty good. The story was fun and interesting and I thought the development of the characters was great.

I loved the idea of the movie themed parties from An Affair to Remember, King Kong, and Guys and Dolls; defintely the theme direction I would have gone in.

The only thing I thought was dumb was that Deputy Sheriff Donna was kind of dim about a few things. She starts investigating Bubba, the Cajun chef, as the potential saboteur and when he tells her she probably mistook his cousin Bordeaux who looks just like him.

What a joke. Come on how could you not see through that.

There were a few other times when it would have been easy to see through things but she didn’t.

But otherwise, I thought it was a good read and think it is worth a read. 🙂

For more caterer mysteries, go to Catering to Nobody

For more Christian novels, go to A Change of Fortune

For more sabotage mysteries, go to The Silence of the Llamas

For more mystery reviews, go to The October Game