I belong to a site called BookBub in which you can be redirected to get  Kindle books cheaply or for free. This was one that was on the free section of the site.

I picked this book because every facet of it intrigued me. The cover was interesting in its 1940s noir feel, the title with it instantly bringing to mind a character who loves film (especially noir) as much as me; and the synopsis sounded great. Now did it live up to its expectations?

In fact, Reed wants to be just like his hero that he has decided to start his own detective agency.

As he lives in Colorado, he doesn’t have to be licensed. Now Reed may dream of being the next Sam Spade or Phillip Marlowe; but hasn’t hit it big on a case really. He spends most of his time watching old movies or sitting around reading detective novels. 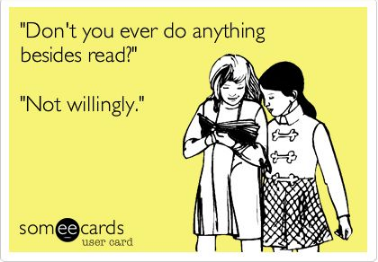 He thinks of Reed as playacting and wants him to concentrate on a “real” job.

So Reed is hoping that he will get a “real” case to prove that it is a “real job”.

One day a beautiful blonde walks into his office. She is straight up a femme fatale out of his movies. Her name is Amanda Ghering and she wants Reed to find her dead husband. She’s willing to pay anything.

Right off Reed smells something fishy, but agrees to investigate. As he has his first case, he is raring to go.

Amanda Ghering’s husband, Peter, traveled a lot and was quite the wanderer. However, that lead dries up quickly as none of those women appear to be involved.

Reed also hears conflicting information and begins to follow Amanda, knowing that there is a whole lot more to the tale than what she is saying.

When Reed gets his life threatened, that seals the deal for him. He’s in this to the final stretch.

He follows Amanda to a restaurant where she passes a comic book to a waiter, who passes it along to another woman.

After a bit more investigating, and pressure on Amanda, Reed discovers that he’s been made a patsy. Amanda was behind the disappearance/murder of her husband. She hired this group of avengers of women’s rights and injustice, the X Women, by lying and saying her husband is abusive and controlling. When they discovered the lie, they let her husband go, and he has been missing ever since.

Reed tries to help aid Amanda, but she has pissed off the wrong people. These women will not be treated as such without a fight.

I did not like this mystery which made me sad as I thought it was going to be a winner. I mean I love classic noir, ’80s music, comics; etc. But this was just boring and badly written. And don’t be using Spider-man if you don’t even know who he is or how he acts.

I really didn’t care for Reed as he was boring and lazy, I mean we read more about him eating  than his actual investigating.

The side characters were too numerous and annoying. The goofball brothers, ugh please no more.

For more on private investigators, go to The Red Headed League

For more BookBub books, go to The Itsy Bitsy Spider