The President’s Daughter by Mariah Stewart

A beautiful woman walks down the street, prepared to meet someone, but instead of the meeting she is hit by a car and killed.

Simon Keller is an investigative journalist who has been hired to write a memoir about the former President Graham Hayward; a great man with a stellar record. But as he starts digging he discovers the golden egg-the President had an affair that ended in tragedy and a baby.

Dina McDermott is an attractive and independent woman who owns her own landscaping business. She has lived a quiet life, one that is interrupted when Keller’s path leads him straight to her.

But with the revelation of Dina being the president’s secret daughter comes along a killer-one who is intent on finishing the job.

I thought everything with Simon was great. He was interesting, his tenacity in research, etc was fantastic. It all fell apart when the main character finds out about her true heritage. There it seemed that all the characters lost common sense and the end was too quickly sewn up.

I mean Dina was always portrayed as being smart, clever, etc but she acts SO DUMB! Her life is in DANGER and does she do anything to protect it? No she continues to “live her life the same way.”

I don’t recommend it.

For more investigative reporters, go to A Match of Wits

For more secret children, go to Death by Honeymoon

For more not in a series mysteries, go to Wuthering Heights

For the 300th post, go to Candy from a Stranger

Candy from a Stranger by Daryl Buckner

I received this book free from Netgalley, in return for an honest review.

Ben Cain has his Phd in psychology and teaches at the community college in a town where he can do the teaching he loves, but take off and go fishing on the weekends. Him and his family live an ideal life.

That all changes when his eight-year old boy disappears on his way to the park. Being unable to cope without having the answers, without having his son; Cain sets off to find the person who took him and make him pay.

Sadly, the police have no leads. After investigating whether or not Cain actually murdered his own child they have come up empty.

Cain will not let it go, even though his wife has left him and returned to Washington to her parents. Cain instead launches his own investigation, believing that this is a serial kidnapper/killer and starts searching to see what other children fit this profile.

He starts tracking down families and going out to question them; when he ends up being in the places as the abductions happen. And the number one suspect for the Police and FBI.

Cain has a suspect based on the food wrappers, and starts searching for the guy, trying to follow him and find more information on him.

But this doesn’t deter Cain as he finds a boy that fits the profile and moves next door watching and stalking him, in order to protect him and catch the killer, along with hoping to discover the truth about what happened to his son.

I liked the idea of the tale of the missing child being told from a father’s point of view as that is not something really seen. However, I did not enjoy this book.

I felt the character was hard to connect to as they appeared so distraught that they had behavior that was really out there. From a character view it was well-done, from being the narrator of the story it made it difficult to read.

I also dislike that the author reveals who the kidnapper is so early on in the book, along with the way they portray police.

For more not-in-a-series-mysteries, go to The Disappearance of Edwin Drood 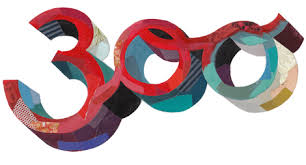 To go to the 200th post, go to The Murders in Rue Morgue 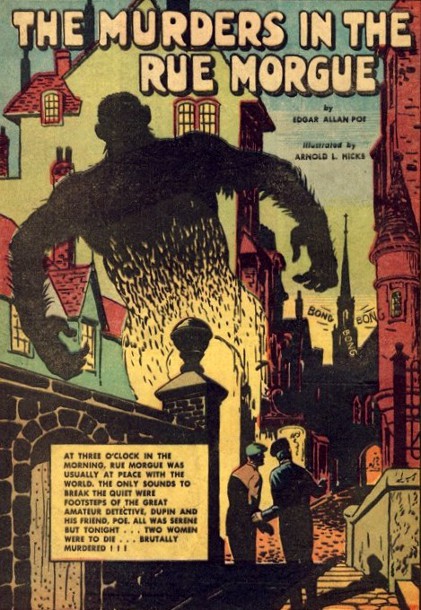 This was the first Edgar Allan Poe story I ever read. It came in an anthology and I loved it. It is just so creepy, dark, and great.

This is also believed to be the first detective mystery, Dupin being the forerunner to Sherlock Holmes in observation and sleuthing, Many believe that Doyle coped Poe with his character fifty years later, even though Doyle insists that Holmes is based on a professor he had while attaining his medical degree.

C. Auguste Dupin is from a very good family, but has lost all his money and is now poor. He has just a little bit of money, which enables him to live and afford his greatest vice, books.

Dupin lives with his friend, the nameless narrator, and astounds him with his deductive reasoning, being able to tell what he is thinking!

One morning they look in the paper and see the headline EXTRAORDINARY MURDERS.

The night before Madame L’Espanaye and her daughter, residents of Rue Morgue, were heard screaming in the middle of the night. People heard and tried to get in, but every door and window was locked on the ground floor. They eventually gained access by using a crowbar.

When they came in the room they found it in incredible discord and destruction.

The women were found was a razor caked with blood and gray tresses also dripping in blood, looking as if ripped from the head. Both women’s necks were cut so badly they were practically separated from their necks. Both women were also shoved up the chimney.

Everyone was questioned but no one knows why it was committed, who did it, or how. Everyone who came in heard the voice of whoever committed the act but could not understand the language. Some think it was Spanish, others Italian, etc.

Dupin becomes interested in the case and follows it in all the papers. The only thing that was open was a window on one of the higher stories. But how could anyone get in?

Dupin believes he has the case solved and places an ad in the newspaper to catch the killer. Has he figured it out? Who could have done such a horrible act?

I love this story so much. You’ve got to read it for yourself.

For more short stories, go to The October Game

In other news this is my 200th post, Yay! It only took me ten months to reach it. 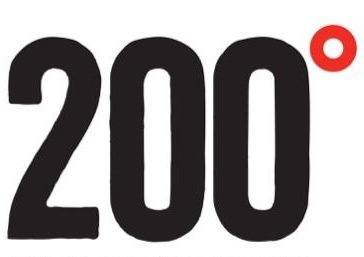 Jenna is a middle-aged woman who has just realized that after all her years of marriage she and her husband the two want very different things, that she hates her job, and that she wants to live her dreams.

She decides to flee from foggy England, to sunny Greece, taking the ultimate vacation.

As she enjoys her vacation tour, she is accidentally mistaken as a mule for an antiquity smuggling ring, and finds herself at the top of the ruthless leader’s hit list.

As Jenna unknowingly walks down a path of danger she becomes the object of two men’s attention: the handsome, Greek, Nikos and the attractive, British Tom. While both men seem nice and interesting, Jenna is not sure whom she can trust; is Nikos really as nice as he seems or just looking for another tourist to add to his accomplishments? Tom seems to have picked Jenna out from the beginning of the tour, but while seeming like a great guy there is definitely something he is hiding. But what? Is anything in Greece really as it seems?

Twenty years later, Jenna’s daughter Allie visits Greece to put to rest the ghosts of her mother’s past, but is she prepared for what she will find out?

Pair that with a cold case crime, and a detective that is intent of solving the murder.

Unfortunately, this book was not quite all it promised to be.

While it does involve a mystery and international smuggling scheme, that is actually a rather small plot point in the scheme of the novel. The smuggling is brought in, and deeply captures the reader’s attention as they wonder about what will happen next; but it is quickly stalled, forgotten, and sewn up with a bow in the end.

What the novel really turns out to be is a story of a women going to a foreign place, finding a foreign lover, and learning “about herself and what she what she wants to do with her life”, ending up with said lover and living in that foreign country. Now that type of story isn’t bad, but I was sorely disappointed as from the summary I expected something quite different.

It’s not what was promised.

The character of Jenna was interesting and enjoyable as I thought the author presented a realistic character in a woman disappointed with life and making a change, yet still doubting herself and leaving the familiar. I also thought the way the she fought with herself over whether to leave her husband or return to work things out was also done well.

Jenna has serious problems with her husband, and his emotional abuse, but at the same time still remembers the good they had together and wonders if she may be reacting too quickly.

The only thing that I could not stand was the way the author wrote the Jenna and Nikos’ romance. In the book, Tom is a sweet, nice, handsome guy from England with a great job in antiquities. It seems as if he isn’t being one hundred percent honest about his job, but maybe he is just trying to sound more interesting.

However, Jenna finds him so questionable and wants to avoid him as he is “too interested” in her, meaning there must be something wrong with him. But the equally enigmatic Nikos is viewed “more honest” by Jenna and the man she decides to go away with.

Author if you want your heroine with the sexy, Greek guy; just be honest and say that is why. Don’t try and convince your reader it is about his “personality” or something, when we can see right through that, you want the “exciting” one.

The Allie part of the story doesn’t have that much of an impact on the novel, being more of a footnote than anything else.

The same goes for the detective, who is given a great build up of character, but the author lacked in the follow through, having hardly doing any detecting but having the answer just given to him.

I didn’t really enjoy this story and would give it two out of five stars.

For more book reviews, go to Where Are You Now? 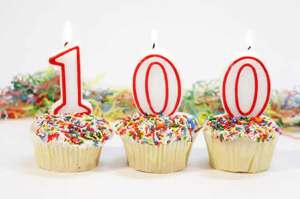