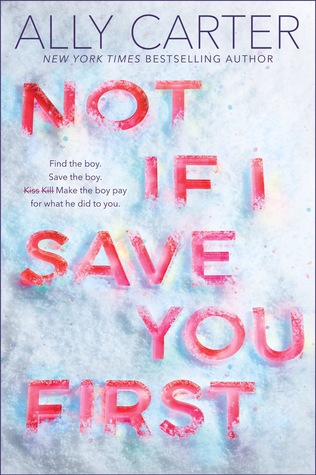 Not If I Save You First by Ally Carter

So I have been a fan of Ally Carter since tweendom as I loved the Gallagher Girls series and then of course that led to me reading her other stuff.

I hadn’t had a chance to read this when it first was aded in the library, but then it was returned and I decided to check it out.

Maddie’s dad is secret service and she grew up hanging out with Logan-the president’s son. Both are ten years old and want to have fun hanging out, but they have to go to a Presidential Gala. That night they are getting ready for a Gala when a group of Russians attempt to kidnap the president’s wife.

Maddie’s dad saves them, but is injured in the process. After the operations and healing he packs up all their stuff and takes Maddy to the middle of nowhere Alaska.

Six years later-Maddy has grown up alone with her father-bored but strong, tough, and can shoot and throw a hatchet better than ANYONE. A bejeweled hatchet as she is bored.

But life gets all changed up when Logan, who has been misbehaving, ignoring his father’s warnings, ditching the secret service, and just acting out-gets sent to live with Maddie and her father. Maddie is furious as she wrote him letters almost every day but never ever received one back.

Maddie hates and is furious at him, but when her father has to leave on a rescue mission and  Russians attack them and try to kill Logan-Maddie has to put her anger aside and try and save him.

I didn’t like this book. I thought it was okay, but boring. Logan just all and out annoyed me and needed to get smacked. 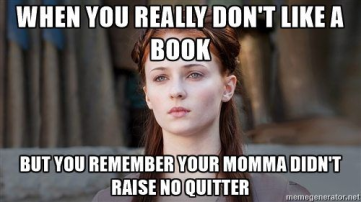 For more Young Adult books, go to The Fever

For more reviews, go to My Husband’s Wife